We are always adding new products to our site - Check them out! Buy now
Table Of Contents

Humans have been using honey since the Stone Age. The earliest evidence of the use of bees dates back to 7,000 B.C. in Anatolia, current day Turkey, where a team of researchers found well-preserved beeswax residue. In ancient Egypt they practiced extensive beekeeping giving honey to those who lived in the land. This was so important, that their pharaohs were given the title “Bee King” and their toms showed images of cylindrical hives.

Humans have been gathering honey from wild bee colonies since around 6,000 B.C. according to a rock painting found in Valencia, Spain. This research team, who published their study in the journal Nature, found more than 6,400 pottery pieces with beeswax used by Neolithic farmers. It is unclear if the wax was used as fuel for lamps or if it came from early artificial beehives. This team also found plenty of evidence of humans using honeybee products in the Balkans, all they way back to 5,500 B.C. to 4,500 B.C. and from North Africa from 5,000 B.C.

How is Honey Made?

Honey is made in beehives which store the nectar that bees gather in their travels. Hives are composed by a single female queen bee, male drone bees which fertilize new queens and anywhere from 20 to 40 thousand worker bees. The worker bees are the ones that forage, collecting nectar from flowers by sucking them through their proboscis (tubular mouthpart), placing the nectar in their honey stomach which is next to the food stomach.

Bees can hold 50% of their weight, which is about 40 mg of nectar. To get to this amount they must visit over a thousand flowers over a period of one hour.

The nectar starts with a water content of 70-80%. Proteins and salivary enzymes from the bee are added to the nectar breaking down the sugar. When they return to the hive, forager bees regurgitate the nectar, a process which is continued by the hive bees. They work together in a group passing the nectar from one to the other until it is placed in honeycomb cells.

Bees leave the honeycombs unsealed while they regulate the temperature, fluttering their wings to keep the air circulating. This causes the water to evaporate and raises the sugar concentration past the saturation point, preventing fermentation. Finally, bees cap the cells with wax to seal them. This wax is made by young bees and it is molded into hexagonal shaped cells. Typically, a hive produces 65 pounds (29 kilograms) of honey per year.

How is Honey Collected?

Honey can be collected from wild bee colonies or hives of domesticated bees. Humans have trained bees thought the practice of beekeeping. Beekeepers usually pacify bees with a bee smoker, which makes them less aggressive and blocks the pheromones they use to communicate. The honeycomb is removed from the hive and it is crushed. It is also possible to drain the it so the wax comb can be used again.

The invention of removable frames allows the bee colonies to continue. Before all the colony had to be sacrificed to be able to harvest. Now beekeepers leave enough honey or substitute such as sugar water to make sure their bees can survive the winter.

How to know if it is Real or Fake Honey?

Honey is the world’s third most fake food according to a study done by Dr. John Spink, director of the Michigan State University Food Fraud Initiative. Pollen would be like the fingerprint that can test what plants (and where) bees visited.

The raw version has pollen which makes it crystallize. However, many manufacturers filter and pasteurize it to make it smoother and liquid for a longer time. Some commercial producers practice ultrafiltration, which refines it and removes beneficial nutrients such as pollen, enzymes and antioxidants.

China is the number one producer of fake honey. The United States banned imports from China. However, they ship their product to other countries so people don’t know that comes from China. They even mix a small amount of pollen to throw off testers.

Sugar or sweeteners, including high fructose corn syrup, are added to reduce costs. However, beet sugar has a chemical profile similar to honey, becoming the preferred option. While authorities are coming with better tests, counterfeiters are also becoming more sophisticated. These fake sugars are not healthy, but they won’t kill you, unlike chloramphenicol, a powerful antibiotic that can lead to a potentially fatal bone marrow disorder, that is commonly found in fake Chinese products.

To be on the safe side, it is best to buy honey raw honey or from small or local producers.

Ways of Verifying if Honey is Fake:

Honey changes in color, taste, smell and even texture. What makes it so different is the type of flowers that a bee visits.

What are the different forms of honey?

Raw: is exactly as it was in the beehive, so it is simply extracted, settled or strained, without heat. It contains pollen and perhaps small pieces of wax.
Stained: it passed through mesh to remove wax, propolis or defects, without removing pollen, minerals or enzymes.
Creamed: this is whipped, spun or churned, which has a large number of small crystals giving it a smooth and spreadable consistency.
Dried: this is the process of extracting moisture to make it solid. It is mostly used in baking.
Honeycomb: still on the wax comb, collected through wooden frames and cut in chunks before packaging.
Pasteurized: this process requires a temperature of 72 °C (161 °F) or higher to destroy yeast cells and liquefying microcrystals. Product is deteriorated, making it darker and affecting the taste and fragrance.
Ultrasonicated: ultrasonication is a nonthermal processing alternative that destroys yeast cells, reducing the rate of fermentation and eliminating crystals. 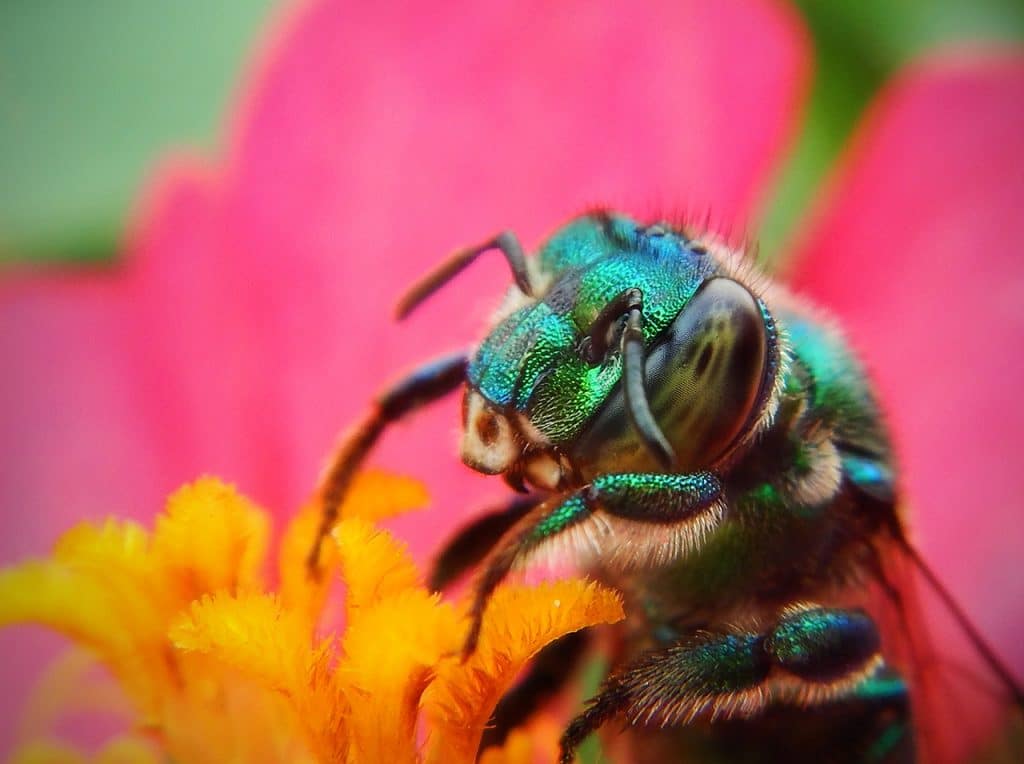 What is the Importance of Bees?

Table Of ContentsCan humans and animals survive without bees?What food crops depend on bees?How many… 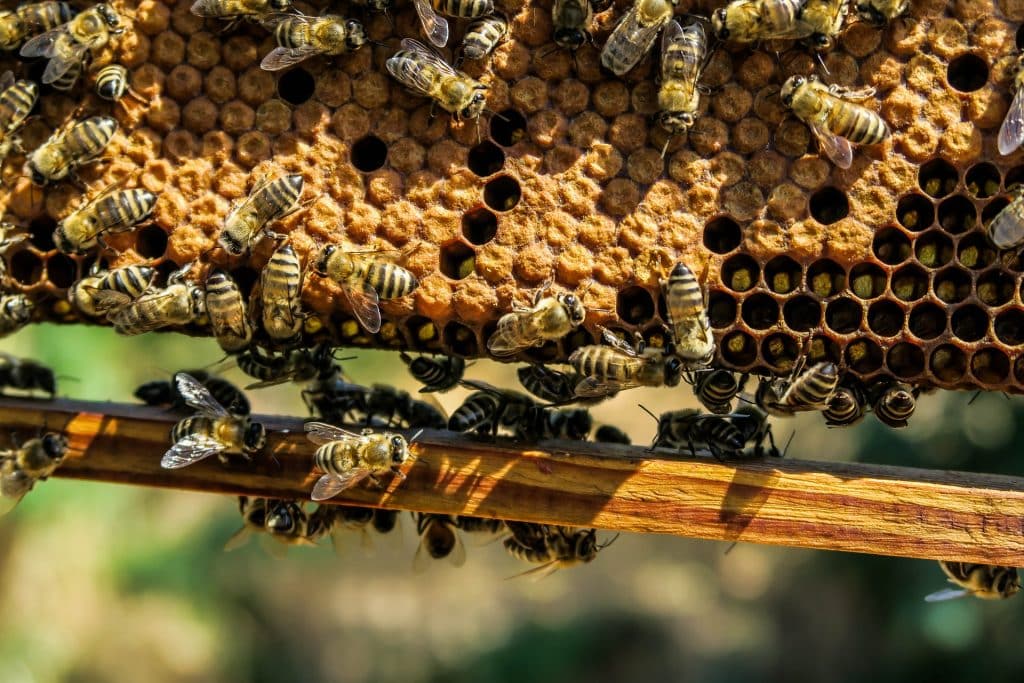 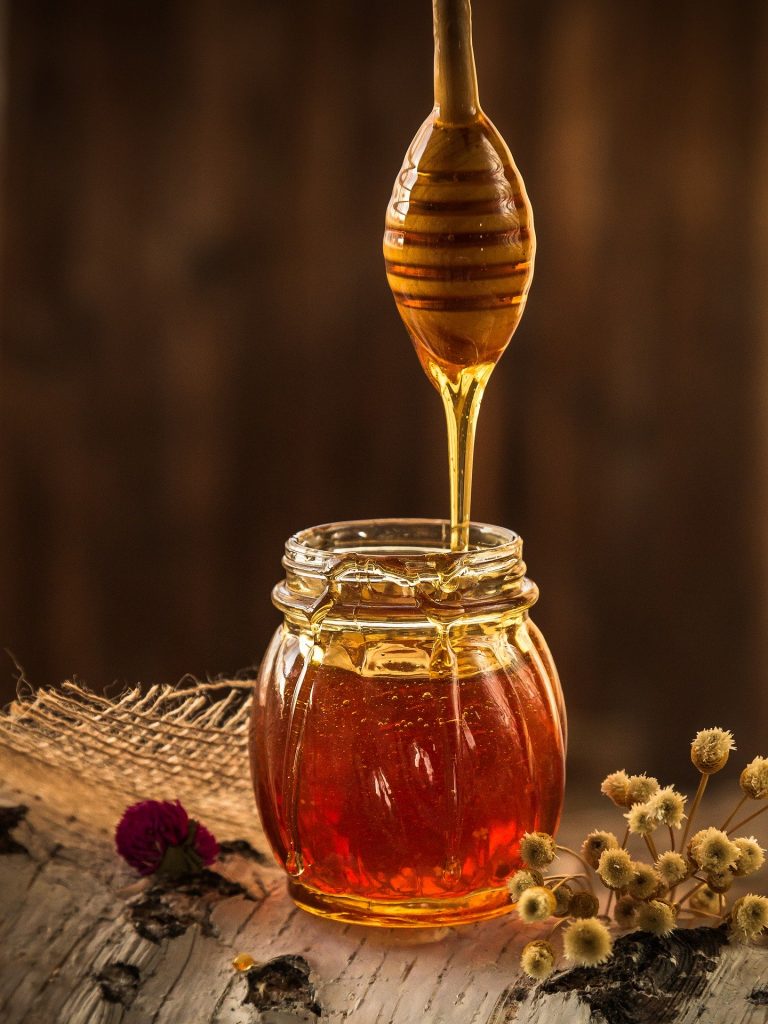 Honey: All You Need to Know 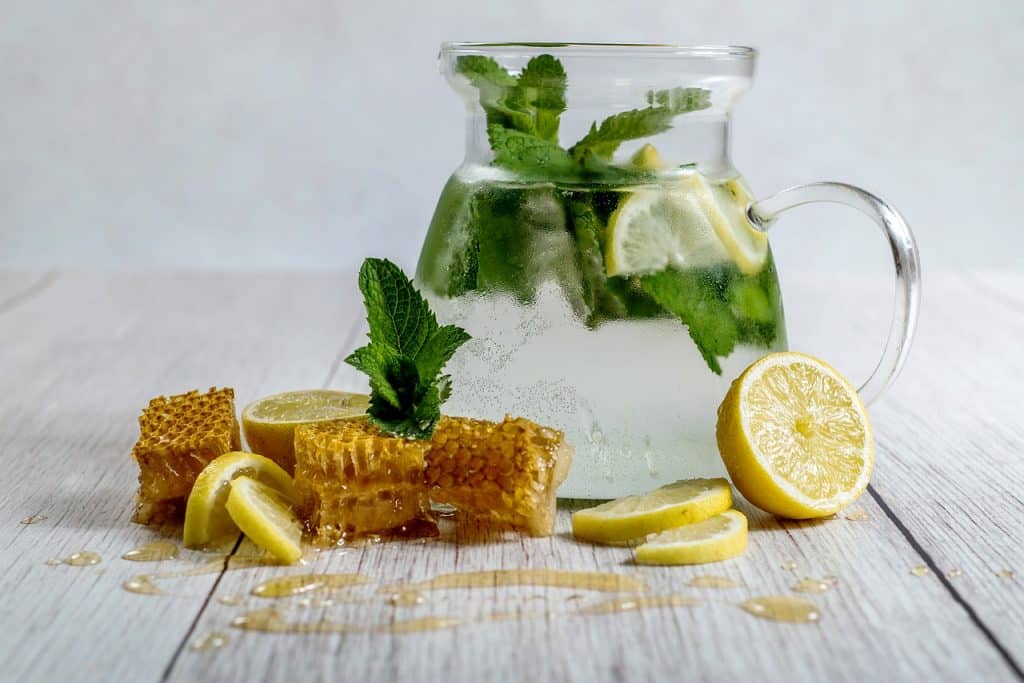 The benefits of honey are endless, which explains why humans have been consuming it since…

free goodies straight to your inbox

Previous Post: « Learn the History of the 2 Types of Fennel
Next Post: Flowers Toxic to Chickens that you Should Not Plant »

Welcome to my site! My name is Ursula Kiener. I have a small farm in Panama and I love plants, animals, nature and traveling.

Stay up to date

Stay up to date with all the latest